We often think of about how we can participate in our community and support a great cause. Each year for nine years, Latin Rock Inc. puts on these concerts to help schools of special need kids. Our goal every year is to bring shows that cannot be seen anywhere else. We have been successful with this goal throughout these past nine years. You never know who will show up! 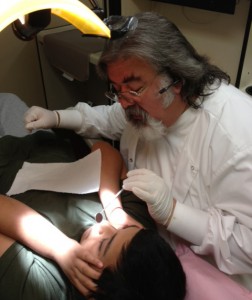 Dr. Rock has been blessed with two beautiful children, Samantha and a son, Alex. Yet within a year or so after Alex's birth, he noticed his son wasn't thriving as his daughter did at that same age. As a toddler, Alex rarely spoke, and was quite picky about his food intake. The good doctor knew something wasn't right and soon after, a specialist diagnosed baby Alex with Autism. Now Dr. Rock had a new mission; help promote more awareness and education around Autism and raise money towards a cure. 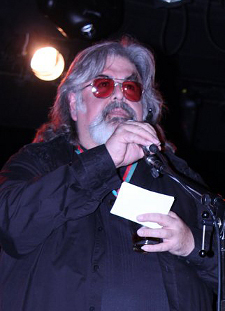 The timing was right when his friend and former co-manager of Malo, Ron Sansoe, called to request his help. It was now 2004, and Ron and Jim McCarthy co-wrote the book, Voices of Latin Rock, which chronicles every musical detail of Latin Rock history, complete with pictures, and covers over four decades of Latin music history. Gonzalez had only one request: a portion of the book launch proceeds would be donated to the local chapter of Autism.

This was an educational outreach campaign to help parents of Autistic children and their schoolteacher's purchase much needed computers and special school supplies. It was Ron's request that his good friend produce a launch party for the book, and it was Dr. Rock's idea to add a spectacular Latin Rock concert. The Voices of Latin Rock Autism Awareness annual concerts, now in their 9th year, have contributed thousands of dollars to educational causes such as the San Carlos School District Special Needs Program, and the Mind Institute, among others. 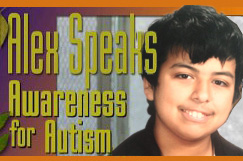 Alex Speaks is a non-profit 501(c)(3) organization, dedicated to helping San Francisco Bay Area schools that are serving autistic children every day while raising awareness to the causes and treatments for this silent disease. The Foundation's goal is to help support children struggling with an autism disorder by contributing to autistic programs at local schools. The Alex Speaks Foundation was formed to partner with the Voices of Latin Rock event to raise funds for those programs. These shows benefit schools in California dealing with Autism on a daily basis. Learn more about www.alexspeaks.org.