Coming Out of Hibernation

With the past 2 years gone without a trace we come out of hibernation finally from being in our bunkers fighting an invisible enemy. An enemy that took the lives of some of our dearest family and friends. Nobody went unaffected.

We stopped playing and attending live music along with everything else but were still able to enjoy music via streaming, internet, recorded music and just get music in as many ways possible. Music was extremely important during these extraordinary times and never was the saying "music soothed the savage beast" as true as it was during these days.

We lost friends, family and neighbors without notice from the virus or naturally and not able to attend funerals or gatherings to say our goodbyes and praise. Never knowing when just that one day they were here and now they were not. Unbelievable how this was happening but life as we knew it will never be the same but it is time to pick up the pieces and shoot for some sort of normalcy. Here we go…

Fallen Stars of Our Times in Latin Rock 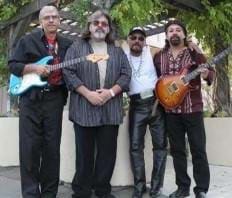 Throughout these past couple of years we have lost some of our most notable players in Latin Rock making a big impact on the Latin Rock field. With some players having parted in the past (Rudy Regalado and Bobby Espinosa) the big 3 have put a big dent in the major groups and players in Latin Rock as we have known it from its inception in the 60's, 70's and beyond. Some of the players who put the music in our lives, whether by music, friendships or working relationships are mentioned below.

Two major legends of Latin Rock who left us were Jorge Santana and Arcelio Garcia. As manager of Malo for 25 years starting in 1985 Arcelio was a significant mentor for me, along with Bill Graham learning about the music business by the seat of my pants. Jorge Santana came back into Malo once he saw that the band was up and running again and he too was a enormous influence in my music business education as well as becoming close friends. 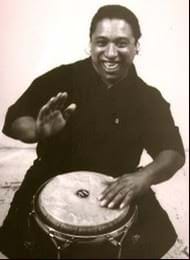 Another member of Malo who came into the group during the 80's was Tony Menjivar. Tony was always one of my favorite players to watch perform with his unique style that many came to know and admire. He was always a fan favorite as well as with his fellow musicians. I was able to work with Tony when he turned his life around and his musical efforts to Christian Latin Rock and beginning the band Bueno with its unique style during his years once becoming a pastor. 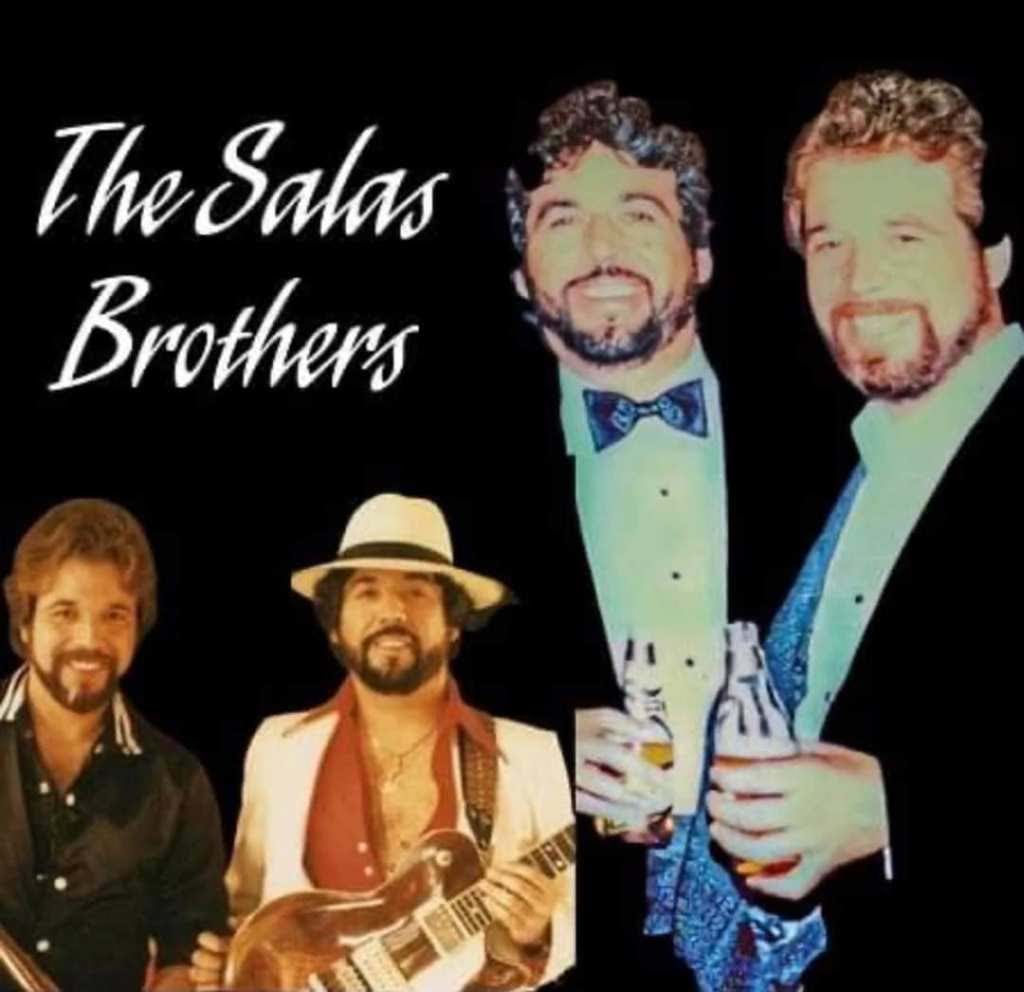 Southern California Latin Soul Legends and brothers Rudy and Steve Salas also left us during this time leaving a major void in the world of Latin Rock & Chicano Soul bringing their unique style of music and vocals from an early age when they began performing headed for Super Stardom.

All these men I considered not only musical mights of Latin Rock but friends and in some cases, family. All gone but not forgotten.

Let's Get This Party Started with Momotombo SF 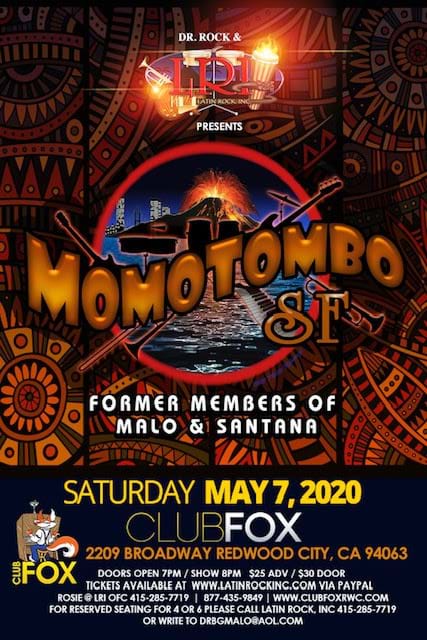 Latin Rock, Inc. finally will be getting back to live performances on May 7 at the Club Fox. Following local protocol we will be reducing the number of people in the venue as well as other protocol that is in place by the county and state on the day of the show.

With that being said what a better way to get this party started than the way we ended in 2020 with Momotombo SF, led by Malo original Leo Rosales and long time Malo guitarist Gabe Manzo. The group which also includes former Santana bassist David Margen will take the stage for an evening of music from the group.

Momotombo SF ended March 2020 right at the start of the pandemic with a show in Phoenix which was to be Jorge Santana's last performance before his passing in May of that year. The group will be performing an entire evening of music of Latin Rock favorites from Malo, Santana as well as original music from the members. So it will be not 30, not 40 not 60 minutes but an entire evening covering their extensive repertoire of music, classic and original.

Be sure to get your tickets here!

A NEW DIVISION OF ROCK LATIN, INC - THE LRI SOCIAL CLUB
NO MEMBERSHIP FEES !! NO REGISTRATION !! NO MONTHLY DUES!!

Where music, fans, and friends meet to have a good time.

Join us at our first pre-show LRI Social Club gathering at Quinto Sol Restaurant 2201 Broadway, Redwood City, next to Club Fox on May 7th from 5-7pm.

Be ready to make new friends and get jazzed up for the show. Momotombo SF with former members of Malo and Santana will light the stage at 8pm. We hope to see you! 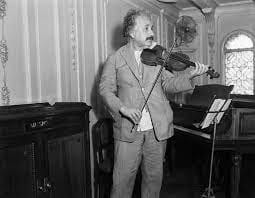 We are working to bring you the best in Latin Rock entertainment. Please feel free to give us your input as we are always looking to improve our services and how we bring the news to you.

Thanks for your support and we look forward to seeing you at a show soon.